This year’s BlackStar Film Festival will be going down from Aug 1 – 4, in Philadelphia.  This is the Film Festival’s second year and if it is anything like the first was, it will be a real treat.

About the Festival:
The Festival is the only event of its kind in Philadelphia—a celebration of cinema focused on work by and about people of African descent. It seeks to illuminate the global black experience by showing films by and about people of African descent from across the world. The festival is an outlet for often-overlooked cinema by emerging, established, and mid-career directors, writers and producers working in narrative, documentary, experimental and music video filmmaking.  (Black Star Film Fest website)

And now a look at the Caribbean films participating in this year’s Festival: 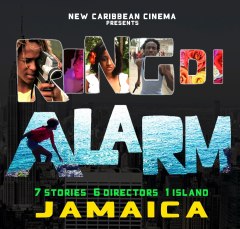 “OUT OF MANY, one people” is Jamaica’s national motto. And out of seven short films this one feature-length film about life in modern-day Jamaica, made by the New Caribbean Cinema collective, was born. Moving from the majestic Blue Mountains to the gritty ghetto to the stunning north coast, and spinning stories funny, suspenseful, thrilling and poignant, this is a cinematic mosaic as diverse and complex as the island that inspired it.  Director Michelle Serieux will be present for a Q&A after the film.  Watch the trailer here:

A startling reality unfolds for Catherine when she is forced to confront her husband’s Blue Mountain roots. Missed is a story about human folly and the devastation of unmet expectation.

When Patasha is called upon to make a routine delivery to a young tourist couple, she encounters a situation that will test her morality. The young spear-fisherman Samson also wants to make a transaction, but this one is of a more sinister nature. Coast is an examination of choices, and how ugly or stunningly beautiful this island can truly be.

After a local MP is found murdered, Akeem is on the run. Even worse, a mob from his community wants to show him how they feel.

Confident, charming and without scruples, Michael is not afraid to make his bed, but he may be afraid to lay in it.

With a vigilante crowd and the police on his tail a gunman seeks refuge in the neighborhood church. Will Randy find redemption or is it too late? Sunday is a look at salvation among imperfect circumstances.

A visual poem about love, jealousy, murder and remorse. A young woman contemplate’s revenge for her husband’s infidelity.

A boy wanders the coastline one lonely summer, looking for connection and meaning in various places. The sea whispers with the voice of his father and secrets are revealed.

For more information on New Caribbean Cinema and learn more about their work, visit their website and FB page. 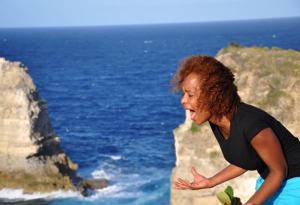 Bernadette is thrilled when her daughter Elza, the first college graduate in the family, completes her master’s degree. But Elza breaks her mother’s heart by running off to their native Guadeloupe in search of a distant childhood memory: the father she barely remembers. Based on director Mariette Monpierre’s own life experience, this debut feature captures the passion and contradictions of a family in transition.

To learn more about Mariette Monpierre and her work, visit the film’s website and FB page.  Watch the trailer here: